Edge of Infinity: Review from Moscow

Reveiwer:  What a strange object. Yes, Opus Octopus is classic Kalaban at its best, but God Is An Avon Lady and Berlin are fantasies on the 'what would occur if DK or Grazhdanskaya Oborona became progsters' theme. (Both the aforesaid ones are 1980s Soviet underground bands, Grazhdanskaya Oborona was specialized in punk music, DK in something that may be called hooligan rock.) Though it's not the first episode of that sort, Kalaban presented tracks of the 'prog meets underground' type on both their early albums and especially on the 2010 single Turn To Flame. And I don't think it's bad, far from that, heaven forbid.

I think a good view of  Kalaban's signature charm is this unusual combination of genuine academism in melody making and arrangements, and some 'street' hints, mostly in the guitar playing manner. Though perhaps the opening and second track on Edge Of Infinity sound too underground and not prog enough. Why not, however? Nice. Charmant. Wunderbar! But 9 and 14 minutes? (Respectively.) No, sorry. An overload.

I would be ready to accept even 40 minutes of Opus Octopus (what a pity that it's so short, 31 minute only...), all the more that there are beautiful slow Fields Of Night before it and the pretty coda Dusky Loch after. But the underground intro should be not of the same duration as a typical multi-part epic suite. So, the latest album by Kalaban is very interesting but... disproportional. 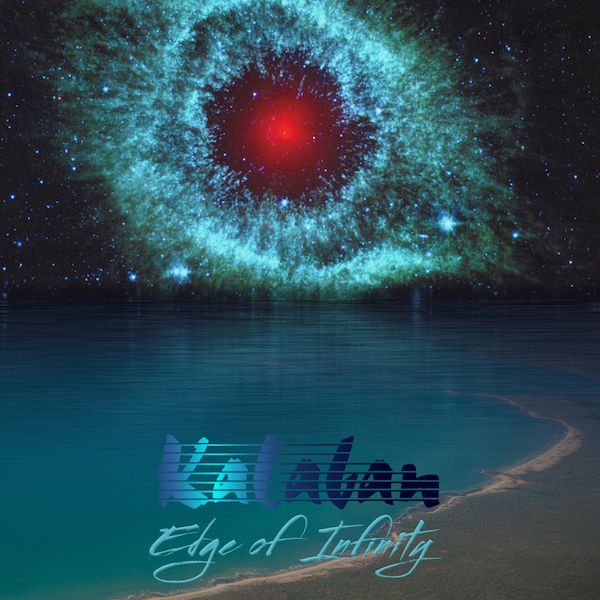 The name Kalaban is from a concept found in Frank Herbert's book, "The Dosadi Experiment". It is spelled "Caleban" in that volume. Please see the Kalaban "timeline" page for a complete explanation of our band name origin and intent. Our name does not come from Shakespeare's character "Caliban" (in his play, "The Tempest").